The June Ball is renowned across the country having featured in Tatler’s Bystander, The Guardian’s ‘Top 100 things to do before you die’, and Mastercard’s ‘Top Events Money Can’t Buy’.

The success of such a prestigious ball depends on the efforts of those on The June Ball Committee.

Applications to be on The June Ball Committee are very competitive as many students are keen to be involved with the organisation of University College’s largest ball of the academic year.

The Committee is made up of both directors and assistants who specialize in certain aspects of the ball, these include: Aesthetics, Food and Drink, Entertainment, Sponsorship and Marketing, Administration, Logisitcs, Graphics, Web Design, and Finance.

Being part of the committee is both a rewarding and challenging experience – members must be highly organised and able to work to strict deadlines, have good interpersonal skills, be creative and intuitive, and most importantly be passionate about making their June Ball something to remember. Previous members on the committee have been credited for securing headline acts such as The Noisettes and The Hooziers, as well as gaining sponsorship from companies such as Red Bull and Microsoft.

One of the hardest challenges for members of the committee is that they must complete tasks throughout the year without disclosing the secret theme to other students. It is tradition for the theme to be revealed on the night of the ball in order to add an air of mystery to the event. The theme is chosen by the President of the committee which becomes the focus for all aspects of the ball. Previous themes have included ‘A Midsummer Night’s Dream’, ‘All the World’s A Stage’, and ‘A Night at The Museum’. 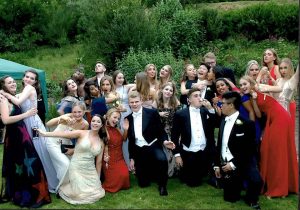